It’s still cold but that didn’t stop us from going out for a stroll. We also visited the Haus des Meeres (English: House of the Sea) and we’re glad that Mr.sun smiled down a bit on us. The Haus des Meeres is a public aquarium in Vienna’s Mariahilf district, one block south of the busy Mariahilfer Straße. It houses over ten thousand aquatic beings on an area of around 4,000 square meters (43,000 sq ft) inside a tall concrete flak tower built during World War II. Compared to Schönbrunn‘s aquarium, it is much bigger and houses more creatures. Here are some of what we saw. 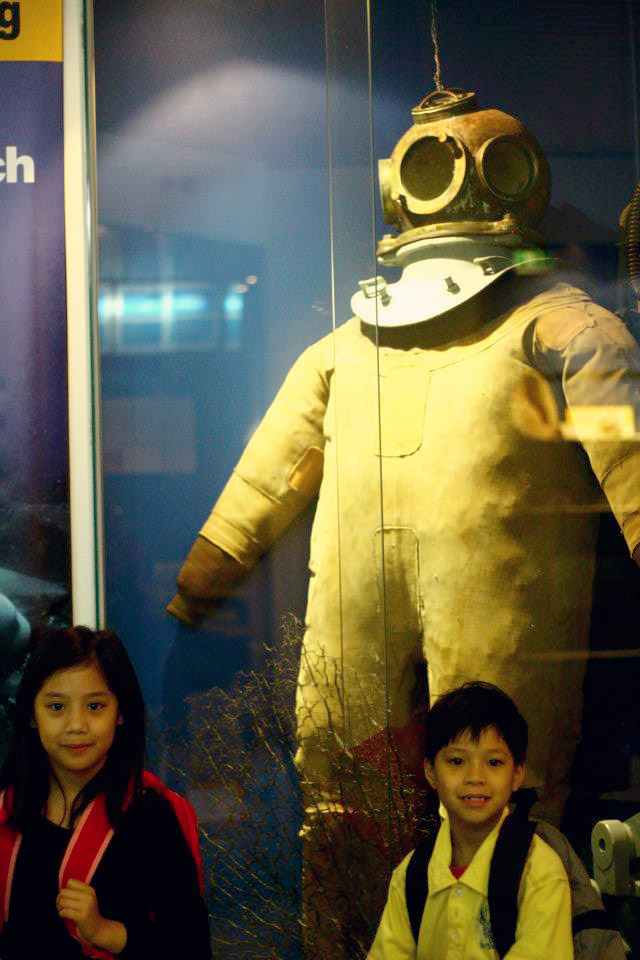 As we have an aquarium at home that has held different kinds of fish, from malawis, guppies, tetras to pufferfish and arowanas, the kids find it fascinating to see differently colored and bigger fish here. They were more excited though to find out that they are allowed to touch the kois at a particular area.

Fish from the amazon waters, India, Mexico and other tropical areas as piranhas, neon tetras, splitfins, and diskus inhabit this area. While we have often seen piranhas in movies reducing humans to skeleton when they fall in water, there’s no real proof that they do. They will certainly try to bite, but they generally shy away from bigger water creatures. Well, this didn’t prove enough for Haus des Meeres to allow visitors to touch the fish in this section.

Finding Nemo has been aired 8 years ago but it’s still a favorite among the kids (and us). So imagine their delight seeing Dory (blue tang) and Nemo (clownfish) swimming in the tropical sea animals section. They tried to look for the other creatures seen in the film – we found shrimps, yellow fish, jelly fish, anemones and this underwater suit!

With the abundant corals, there were a lot of species that thrive: lionfish, Japanese crabs, pinecone fish, surgeonfish, and other sea creatures like eel, seahorses and even bonnethead sharks.

We’ve yet to explore the Mediterranean sea, and we’ve only been to one country in its shorelines. But seeing the creatures and how it looked like underwater made us look forward to seeing more were diving is allowed. Sponges, more anemones, sea urchins, starfish, eels, octopuses, and then lobsters, and hermit crabs abound here. 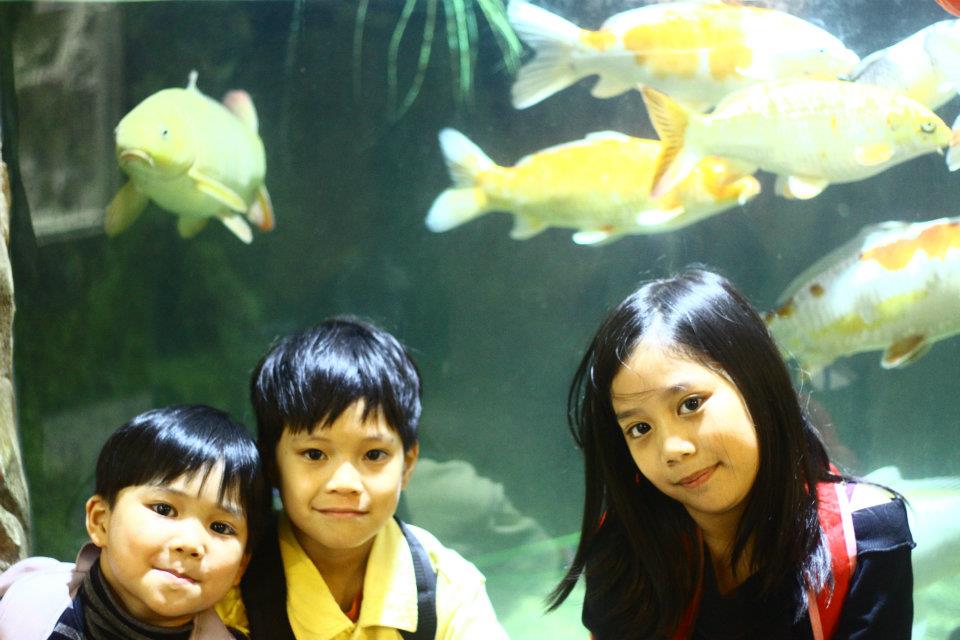 Creatures swimming at the Danube river ain’t really easy to see when you go there for a swim. As there are only certain spots were the public is allowed to swim, they are a little shallow for most fish to dwell in. Common barbel and common nase dominates Viennese waters, and can be seen in this area too. Wels catfish, common carps, northern pikes among others can be seen on exhibit. They may not be as colorful as others from the previous sections, but they surely are as interesting and relaxing to watch.

Austria’s biggest aquarium is a project driven by a 100-kilogram turtle named Puppi. The turtle was rescued from an Asian market and brought to the Haus des Meeres in the 80’s. Puppi now lives with Blacktip- and Whitetip sharks, Bamboo sharks, golden kingfish, morays, giant groupers among other friends in 300.000 liters of water. The nine aquarium glasses with a height of over 5,5 m are between 8 and 12 cm wide and weigh 13,8 t and covers two floors of the building, especially structured to accommodate the height. 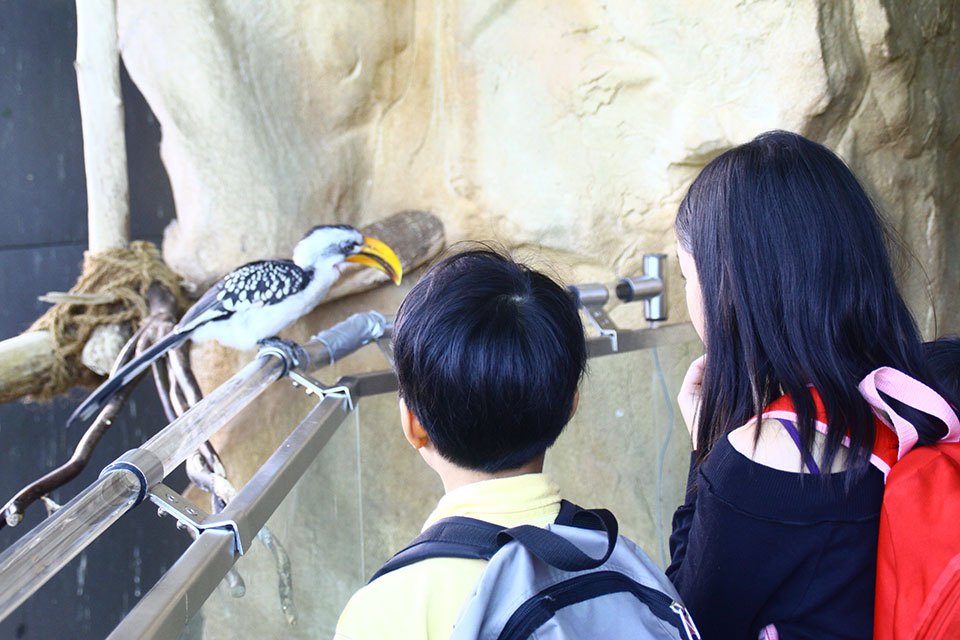 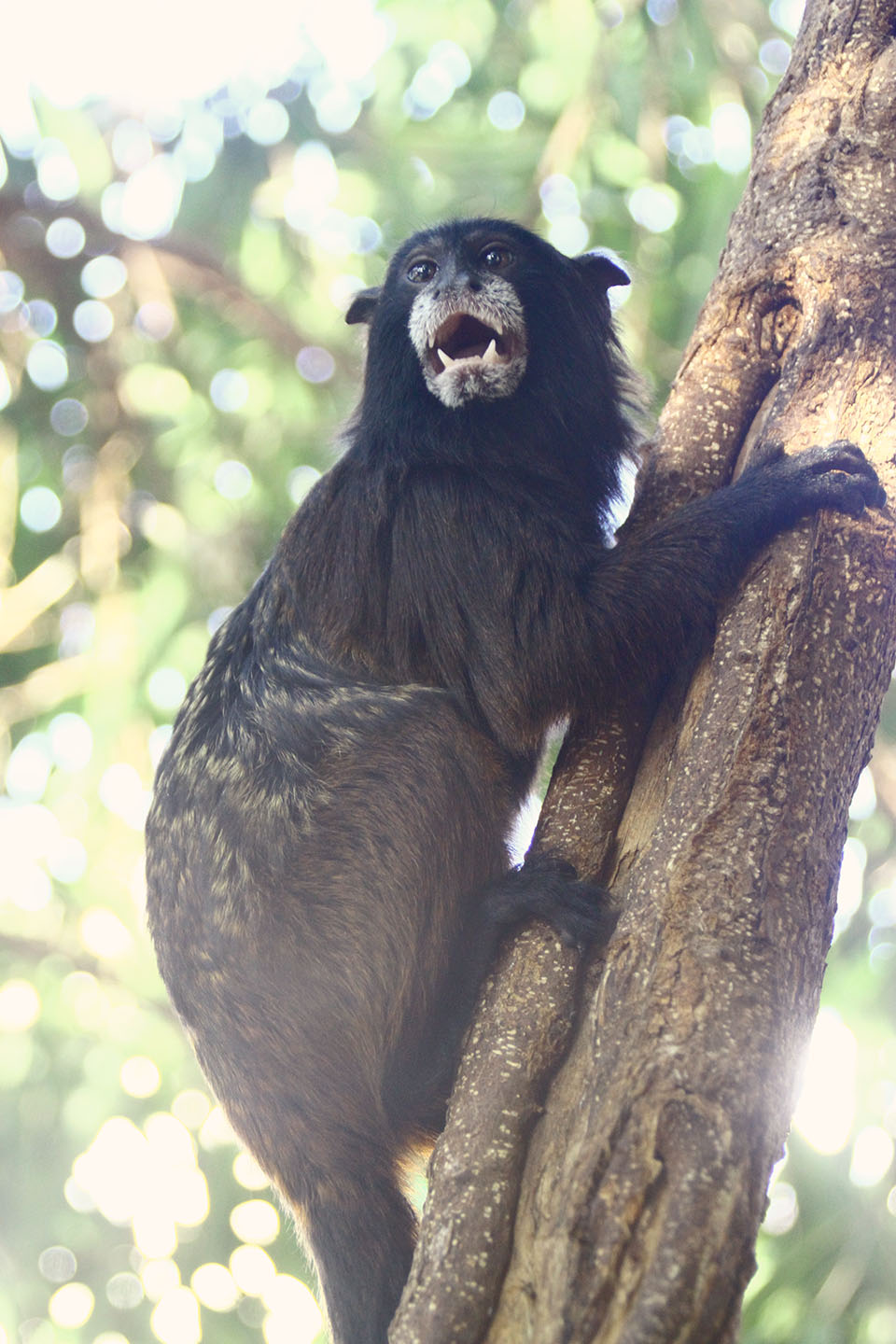 The Tropical House is an open area where visitors can freely see birds and animals moving around (marmosets), not caged – just living as they would in the wild but of course with visitors. Feeding and touching the animals is prohibited, but this is one of the few places in Vienna to observe them up close. There were bats, partridges, and tortoises among many others.

The Tropical House was set to mimic the climate of the tropics for both flora and fauna to thrive. There are a lot of tropical tree and plants here, along with a mangrove (in this sense an area where the trees grow saltwater and freshwater mixture.

The area features a hanging bridge and a number of stairs that are connected to the observation platforms.

With all the greens in this house, it reminded me of home – so many familiar plants and leaves like ficus, spathiphyllums, and even taro leaves were there. I didn’t get to see all of them upclose but I’m sure that I could identify more of what’s written here…I will look more closely when we go back.

Other animals at the Haus des Meeres are  crocodiles, poisonous snakes, constrictors, turtles, lizards, and other saurians. There are also birds, tamarins, bats, tortoises, marmosets that can be admired by visitors. While not always together in the same areas, they live in harmony

The Crocodile park is on the opposite side of the Tropical House. A part of the floor was made into glass so those at the lounge could easily see the crocodiles from below, other fish would swim around too, like saying “hello” to those curious.

Probably my least favorite area in the 7-floor exhibition is the terrarium. There are many poisonous creatures here that could send even the bravest people’s hair standing in fear. There are five snake families represented here: constrictors, colubrids, mambas, vipers, and pit vipers. Poison dart frogs can also be seen here. And for Arachnophobics, it is best not to visit because of the Tarantulas. 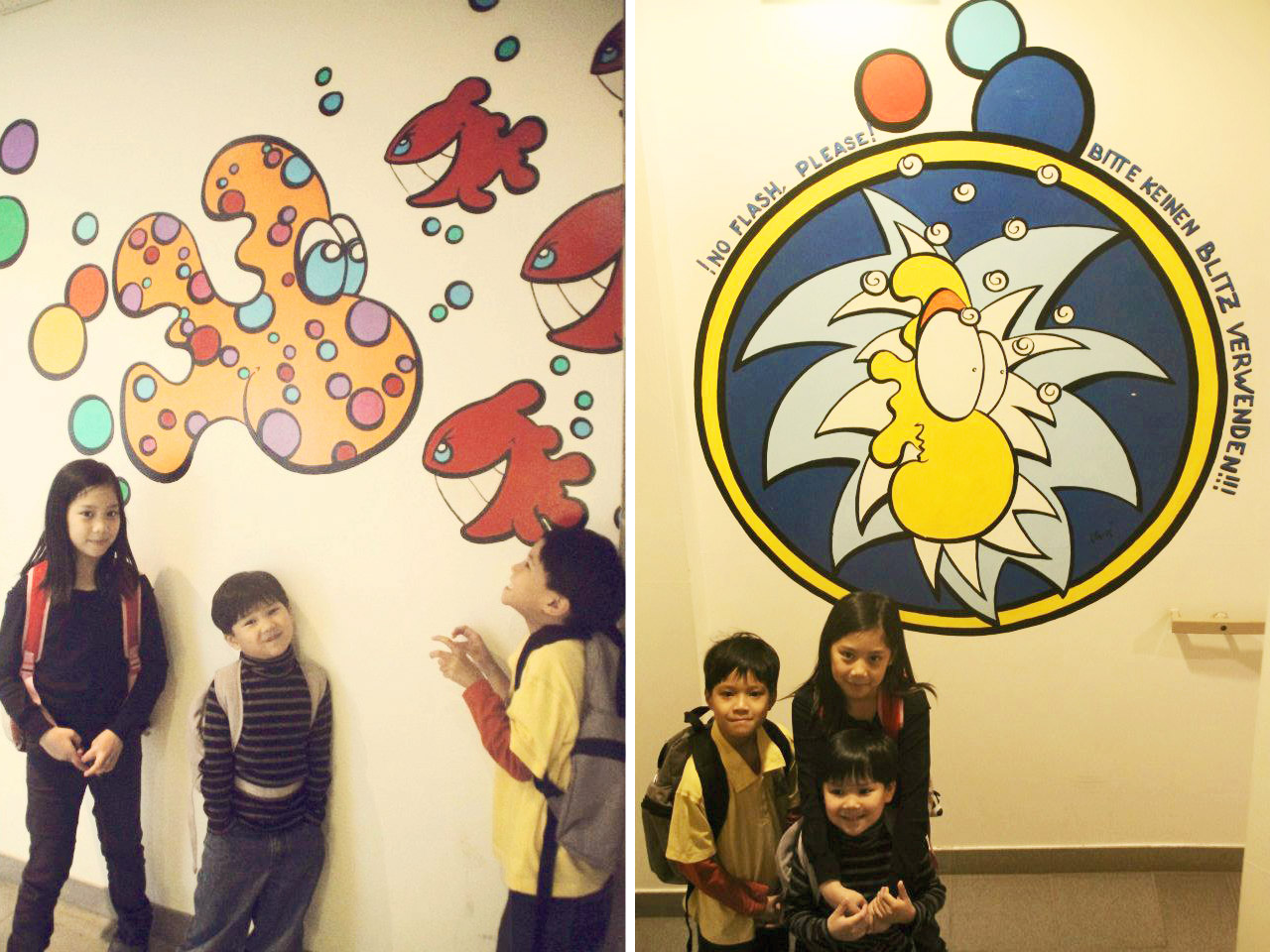 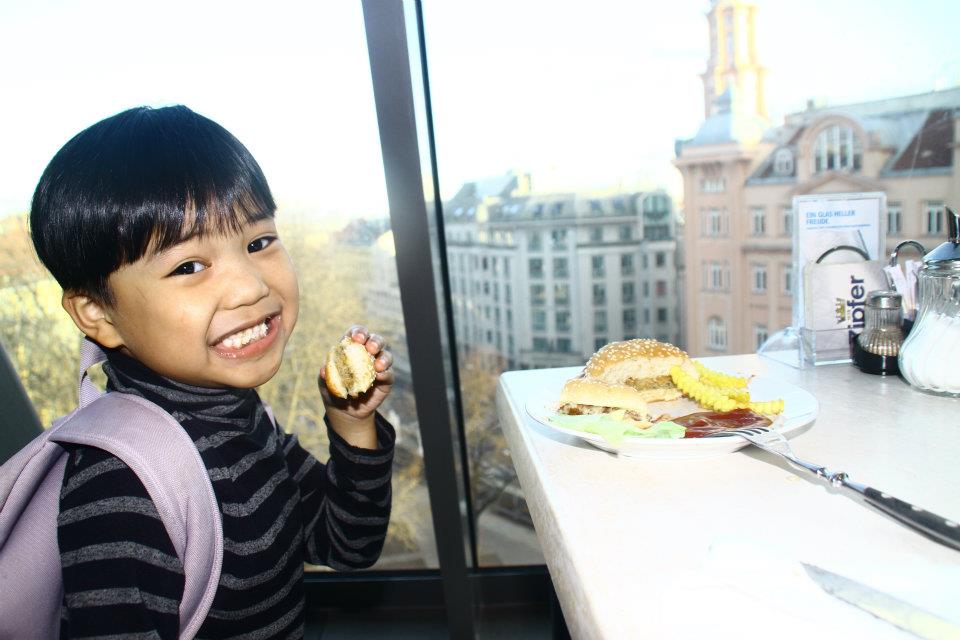 Our visit to the Haus des Meeres wouldn’t be complete without some food…and to think that we went there about lunch time…We sought the restaurant at the 4th floor. We get to view the people walking below and the cars passing by as one side is all glass. The menu isn’t much so we got the usual finger foods – Chicken Schnitzel and fries for the two bigger kids while the littlest one had burger and fries…I’d say it out loud the burger and fries were a bit bland… 😛 And that’s the reason why the salt and pepper shakers were there, you get to put them yourselves since you are the only one who knows your preference. (lol) 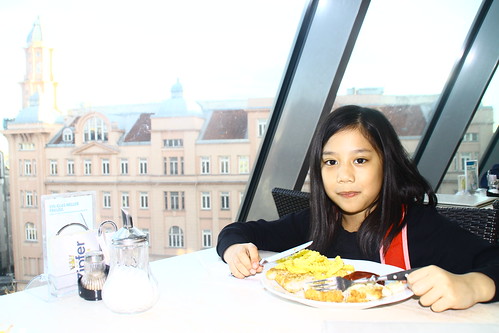 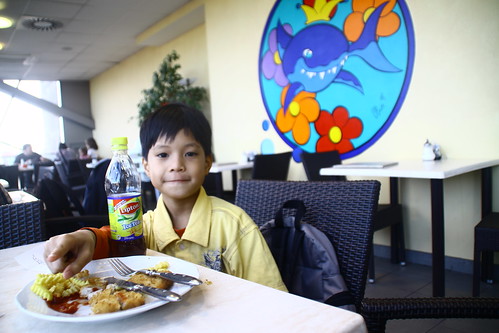 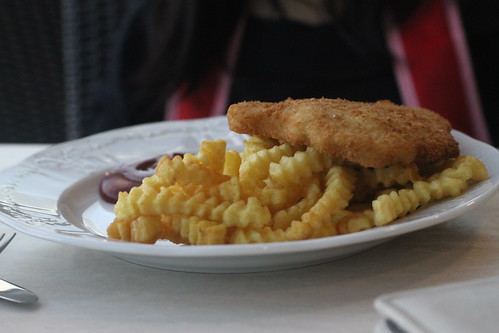 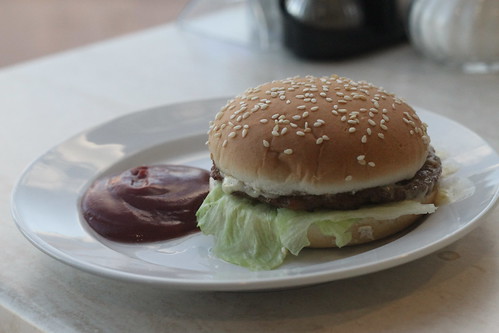 Aside from being a bit bland, the food is a bit expensive for — well, the taste. Next time I’ll make sure we’ve eaten already before going up and down the stairs…we really hope they would dedicate more effort to having tasty food. 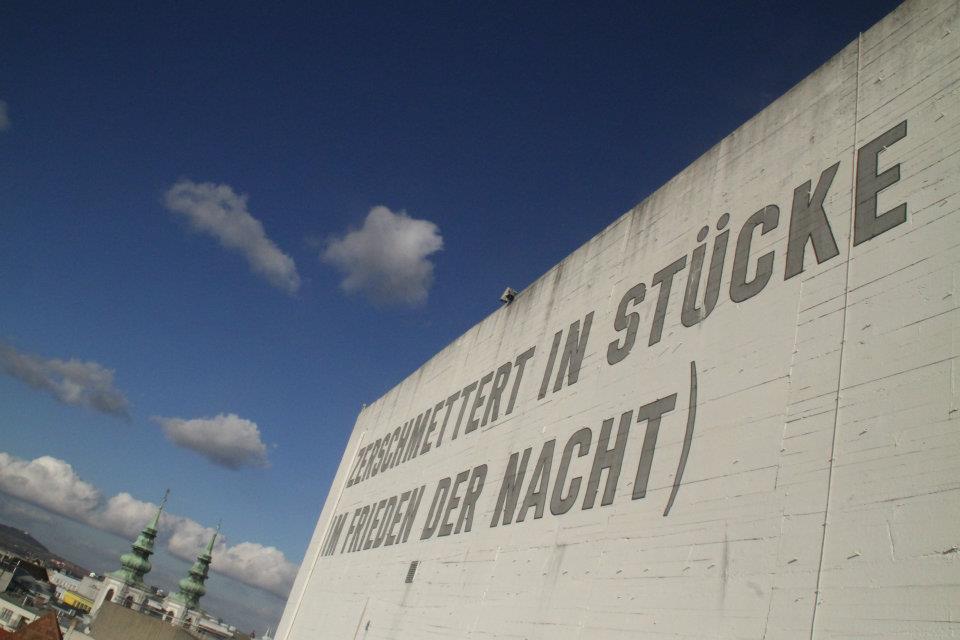 Interestingly, the Haus des Meeres was built in one of Vienna’s flak towers. These are  large, above-ground, anti-aircraft gun blockhouse towers constructed to defend against air raids against the cities they are built in during World War II. After the war, this same tower was temporarily used as a hotel, and then converted to a fire station.

At the top, one can read „Zerschmettert in Stücke (im Frieden der Nacht)“ which means “Smashed to pieces (in the still of the night)” – written on the other side of the tower.

Gone Medieval at the Wien Museum 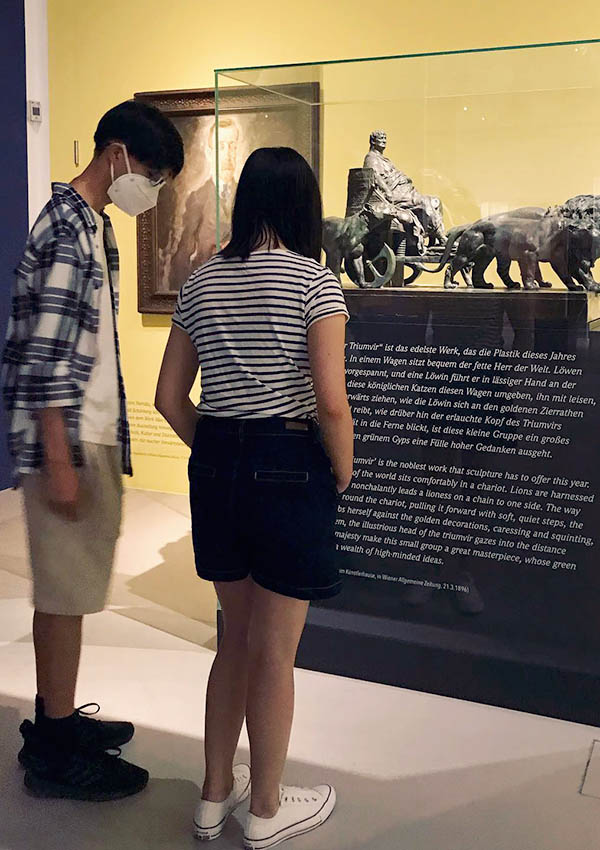 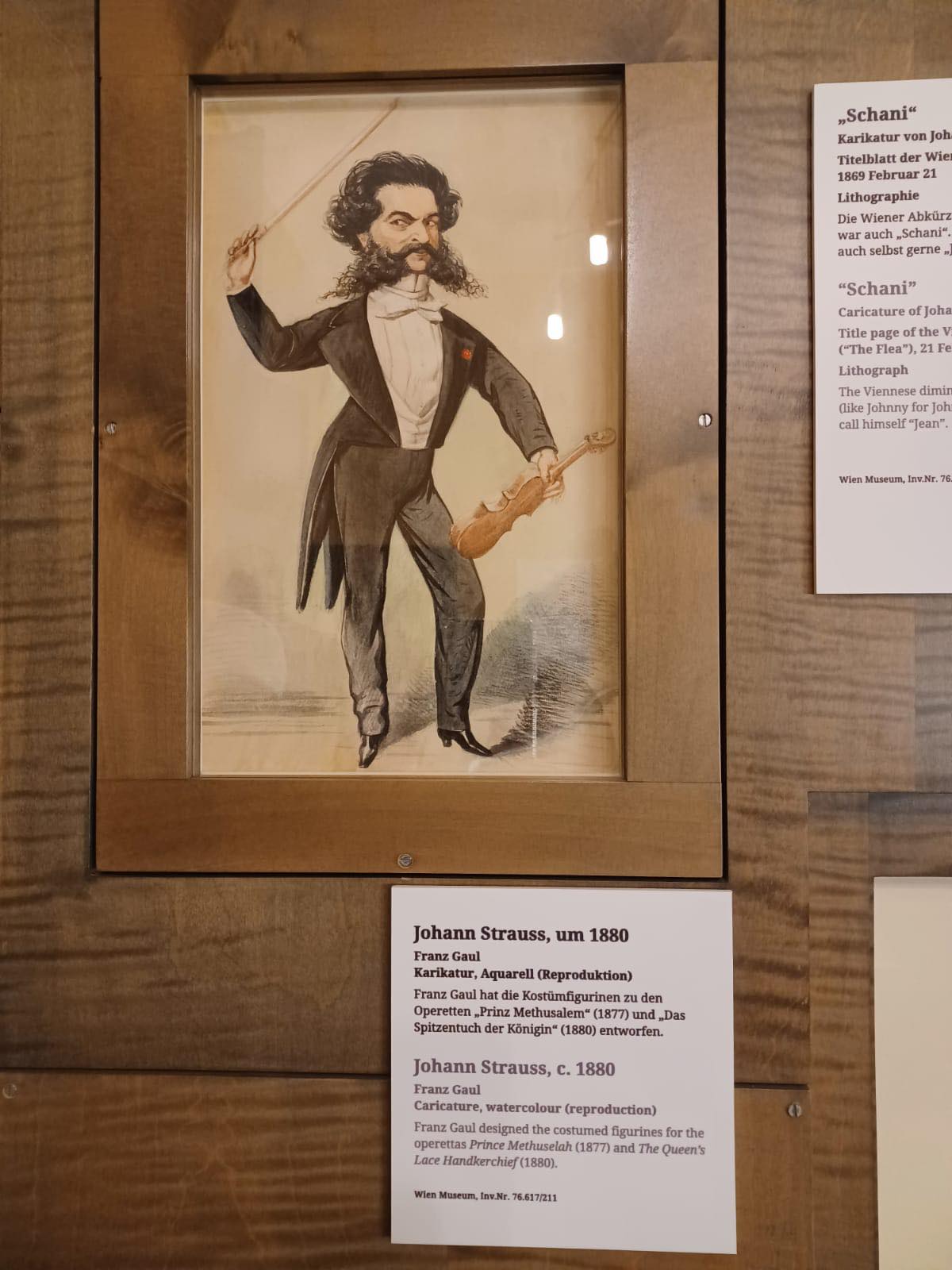 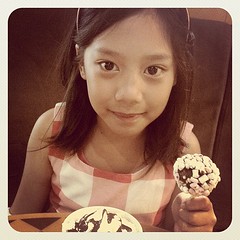